I'm a big fan of AKB48! I assume alot of people in japan know them? They are quite popular.

I started following the group in 2012, by now alot of my favorite members have 'graduated'! But my absolute favorite is still around, Haruna Kojima or 小嶋陽菜. I have been to one handshake-event in Japan and I'm going there again in March!

So are there any other fans here? Whose your favorite member or 'oshimen'? Do you have any favorite songs?

If you want to know more I'd recommend http://stage48.net/wiki/index.php/Main_Page!

Of course the group is really popular in Japan.
I think many fans are all over the world.
Yuki 由紀
Team JapanesePod101.com
Top

yes, I know AKB48. My favourite from current members is Sayanee.
However, I prefer more other idol groups

mainly from H!P.
AKB groups do have nice and exciting events.

My favourite Japanese idol group is C-ute, followed closely by Morning Musume. I came across one early C-ute music video on YouTube, and, despite not understanding a word of it, I thought is was great fun. I find it ironic that they sing of love, and yet they were not even allowed to go on dates. Perhaps dating has a different meaning in Japan. I also find it unjust and sexist that one C-ute girl got fired for going on a date (they watched a film) and yet the boy got promoted to a more senior band.

I get the impression that there is a supportive spirit instilled in Japanese children, if the lyrics of Morning Musume and the storylines of the manga I've read are anything to go by. Here in the UK (and I suspect in the US too) if you put yourself out there and really try something, you just get derision from your classmates.

As for AKB48; I've seen a video of one of their "live" performances, and I won't be becoming a fan anytime soon. To me, a live performance should be live (even if the music is on a taped backing track), rather than lip sync'd (badly at that). With the multiple franchises, constant shows, frequent handshake events and elections, on top of CD and video sales, I think AKB48 and their off-shoots are over exploiting their fan base. I know Hello Project groups have some of these aspects too, but not to the same extent. Of course, this is just my opinion, and I'm totally willing to have my mind changed.

I look forward to hearing more views from others.

I hope others who watched videos could post their opinions here.
Yuki  由紀
Team JapanesePod101.com
Top

I've never heard any of AKB48's music before but twice I went into the Gundam Café next door as there was no way I was waiting in line for 3 hours to go into AKB48 from 4pm onwards.

I must have heard some of their music when travelling through Japan without realising it but I'm not sure if that music is my kind of thing. I'll look them up on Youtube and some point.

Varsh san,
Konnichiwa.
Wow. You had to wait for a long time…
Did you enjoy that?
Yuki 由紀
JapanesePod101.com
Top

いいえ、I never entered AKB48 for that very reason. The Gundam Café was just as bad and if you didn't get in line by at least 十六時三十分 (16:30) then you would have to wait at least an hour before you could get in. There wasn't a queue to go into AKB48 at 4pm but as soon as it was about 10 minutes later there were a few people, then it got bigger, and bigger, and by the time I came out of the Gundam Café at 18:00, there were more than 200 people waiting in line in the square outside of UDX... crazy!

そうです。I don't have a picture of the crowd as I felt that would be rude, but I did take a picture when it was just starting to get dark, around 7:30pm. The lights looked great but then it is Akihabara so there were lights everywhere. 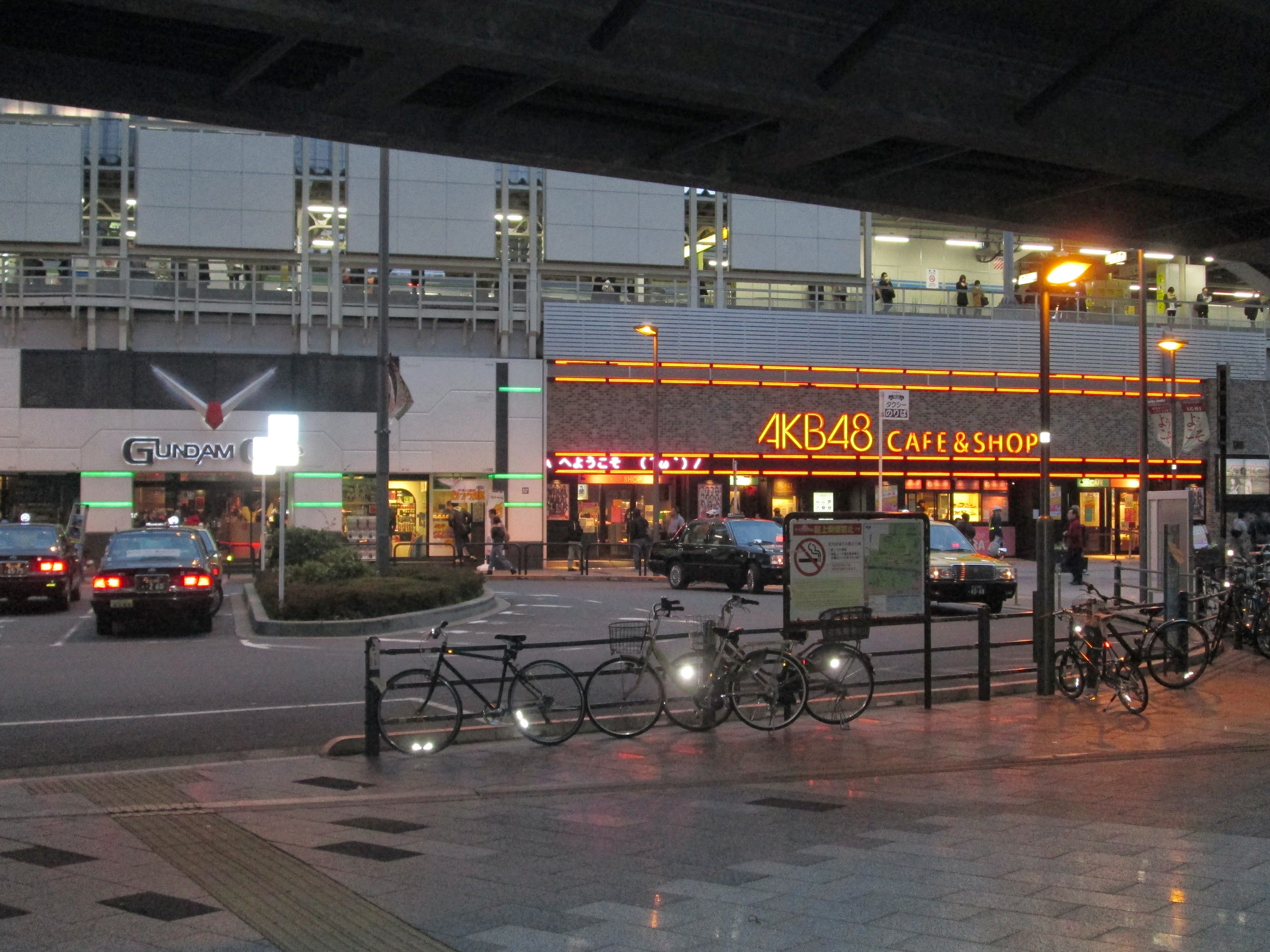 はい、秋葉原とくに、これはとてもすごかった！
It is, Akihabara especially, it was so amazing!

私はもう一度日本に行きたい、日本が大好きです。
I want to go to Japan again, I love Japan.