Itching to practice your Japanese? Use romaji, kana (hiragana and katakana), and kanji, and try to keep the English at a minimum and have fun!

I would like to use the forum to practice my Japanese language skills. I've finished Absolute Beginner Season 1 & 2 along with Newbie Season 1 and almost 2. I'd like the opportunity to use everything I've learned so far in posts here and would appreciate any feedback from anyone that finds any mistakes or that can give alternative advice.

I'll be mostly using Hiragana and Katakana at first but should slowly start to use Kanji also.

Today, my main meal (dinner) was jacket potato, broccoli and lamb. It was delicious.

スイミングプールにあゆみました (I'm trying to say I walked to the swimming pool.)
I went on foot.

きょうてんきはさむいですでも、かぜがつよくないもあめがないです。
Today the weather was cold but not windy and not rainy.

わたしはぼうしとジャケットとジーンズとスニーカーもスカーフをきました
I wore a hat, jacket, jeans, sneakers and also a scarf.
Top

Today is Halloween. I didn't see a ghost but I will see a horror movie. It's scary!

わたしはおとうさんのビールをかいなした。
I bought my dad beer.

ビールをなまえはボヂングトンスです。
The name of the beer is Boddingtons.

Although I'm only a beginner, I think I'll try and use 2 verbs in a sentence one day.
Top

きょう、寒いですいえいいきません。
I'm trying to use で to function as "because" to say: Today, because it was cold, I didn't go swimming.

<-- ぼく is casual so it's better to use わたし for introduction. As your name is Jack you should write ジャック. Note that ジ plus the small ヤ combine to ja-Sound.

<-- You need more structure in this sentence. と is not the right conjugation to use. Either use し、 or the て-form of さむい. You get the て-form of an い-adjective by first changing い to く (the adverbial form) and then add て.
Also you should use けど instead of でも because でも is more like "However, ..." and refers to the sentence before while けど links to the second clause.
きょう、てんきはさむいし/さむくて、かぜがつよいですけど、はれです。

<-- Japanese usually prefer the shortened form of a word (or they make their own weird abbreviations of foreign words) so better use プール instead of スイミングプール .
Top

Thank you for your feedback

You seem well above average with your knowledge of the Japanese language, I haven't encountered most of what you suggested as I'm still studying around the Absolute Beginner series of notes, which is how I'm making my sentences from PDF files of that level.

I'll study your advice and try to use it soon, thanks.

jack6251 wrote:Thank you for your feedback

You seem well above average with your knowledge of the Japanese language, I haven't encountered most of what you suggested as I'm still studying around the Absolute Beginner series of notes, which is how I'm making my sentences from PDF files of that level.

I'll study your advice and try to use it soon, thanks.

I see. Well, give it your best

I'm waiting for my visa documents to be processed and I should be flying to Japan in early 2018 to start a new English teaching position. Just now, I don't have a job as a part-time contract ended 2 weeks ago, so I have a lot of free time to study.

When I worked in Japan throughout 2016, studying the Japanese language wasn't as easy as it is now because I was super busy, then in my free time I was usually on my motorbike exploring Tochigi prefecture. Within most English teaching positions you're not allowed to speak Japanese so I relied too much on phone apps...I do not want to use an app ever again if possible, but I know once I start my new job I will be very busy again and worried I won't be able to find good quality study time on a regular basis. I do something every day with my Japanese studies and little by little I am improving but it's a slow process, but funnily I've learned more since leaving Japan than I did when I was in Japan, I just don't want to use an app again or communicate in English.

Anyway...apologies for only Hiragana, I will try harder with Kanji soon.

わたしはとしょうかんにいます。ごごにじかららごごよんじまで、にほんごをべんきょうします。
I'm at the library. From 2pm until 4pm, I will study Japanese.

こにゃ、わたしはちちのテレビをみます。わたしたちはラグビーをみます。
Tonight, I will watch television with my dad. We will watch rugby.

オーストラリアのラグビーワールドカップんにあります
It is the Rugby World Cup in Australia. 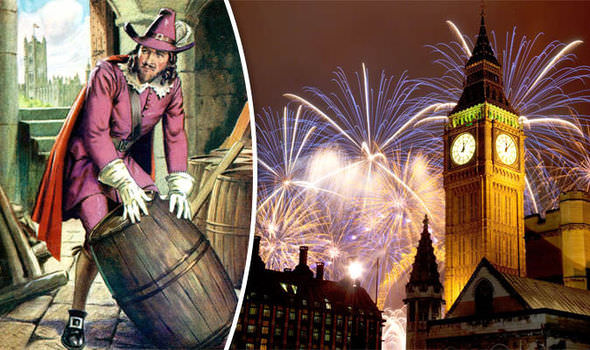 I think I'm spelling words wrong with Hiragana, I think there are some typos as I was using a Hiragana translator in the library. It was a little glitchy.
Top

すみません。ファミリーマートはどこですか。
Excuse me. Where is Family Mart (I want 20 rice balls, beer, tomatoes, scissors, a hat and choclate!)

This is the city of Utsunomiya. I worked next to Family Mart at the YMCA teaching English. I lived near here too for a year.
Top

きょうわたしはにスーパーマーケットあるいました/あるきました
Today I walked to the supermarket.

わたしだけはミルクをかいました。
I only bought milk

I'm sticking to formal/polite language for a while longer unless it makes my sentences very wrong.
Top
Post Reply
32 posts